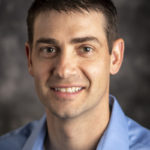 Chris Jones was called as our Senior Pastor in April 2013 after serving as Minister of Students at Meadow Brook since May 2011. Originally from Arkansas, Chris and his wife, Ashley, moved to the Birmingham area where Chris received his Master of Divinity in December 2010 from Beeson Divinity School at Samford University. Prior to that, he attended Ouachita Baptist University where he received a Bachelor of Arts in Christian Studies and in Speech Communication. Specifically, Chris has a desire to communicate the Word of God and to see people grow in Christian discipleship. Chris and Ashley have three children, Kinsley, Paxton, and Elias.