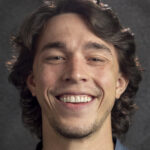 Austin Burch is our Minister of Students. He is passionate about the gospel and helping students live a gospel-centered life. Austin is originally from Mobile, AL and became a Christian when he realized his own brokenness and the hope of gospel as a student. He went to college at the University of Alabama where he got baptized and discipled at First Baptist Tuscaloosa. As he was being discipled and maturing in his faith, he fell in love with serving vocationally in the local church. At First Baptist Tuscaloosa he also met and fell in love with his wife Laura Kathryn Burch. They got married in October 2013 and now have three sons: Bryan, Brooks, and Benjamin. Austin worked in camp ministry for almost a decade while also serving in student ministry in the local church before coming to Meadow Brook. He is almost finished with a Master of Divinity degree from Southern Baptist Theological Seminary.